Great Article I found on the Swagman Site.


“Make sure you conserve your battery - you’ll probably ride mostly at level 2 or 3… But you’re going to want to put it on level 4 at least once just to try. We call that ludicrous mode.”

“Make sure you conserve your battery - you’ll probably ride mostly at level 2 or 3… But you’re going to want to put it on level 4 at least once just to try. We call that ludicrous mode.”

A boyish grin comes across Andreas Hestler’s face as he tells me that last part.

I was in the Cowichan Valley on Vancouver Island, about to take off for an ebike ride to scout out the trails for the upcoming BCBR MegaVolt Ebike Experience. 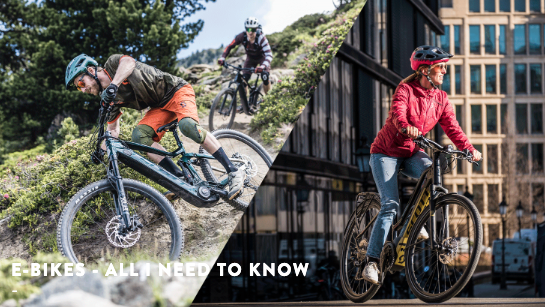 It was going to be my first experience riding an ebike, and I had no idea what to expect. How would the bike feel underfoot? What would the riding crew look like? What kind of people are the kind of people who ride ebikes?

We all have a few stereotypes that we use to gauge what kind of riding someone is into. Drive a Tacoma? You're probably into enduro bikes. Big fan of IPAs? Chances are you have a gravel bike. Won't shut up about your threshold power? Roadie for sure. Do you have a waxed moustache? 98% chance you own some sort of fixed gear commuter bike.

What about ebike riders? An elderly couple on matching cruiser bikes sprung to my mind.

As it turns out, there's an entirely other world of ebike riders out there.

And, just  maybe, somewhere in all of this exists a lesson on why we shouldn't rely on stereotypes, but that's far too serious of a topic for an article titled "Only Puppy-Kickers Hate Ebikes." There was definitely no single telltale sign or stereotypical ebike rider in the scouting group I was with.

First, there’s Andreas Hestler, or ‘Dre’ as he goes by, an ex-XC Olympian, and the cofounder of BCBR and it’s growing calendar of events. He calls North Vancouver home, and has traded in his spandex race kits for baggies and an all-mountain bike that’s far more at home in the birthplace of freeride. Technical trails are no match for Dre! Next up: Matt Grossnickle, who manages a bike shop in the valley. He's our official guide around the Cowichan Valley trails. Matt had just returned from racing the Cape Epic in South Africa, so I assume he joined us in the most bike-fit shape he’s ever been. 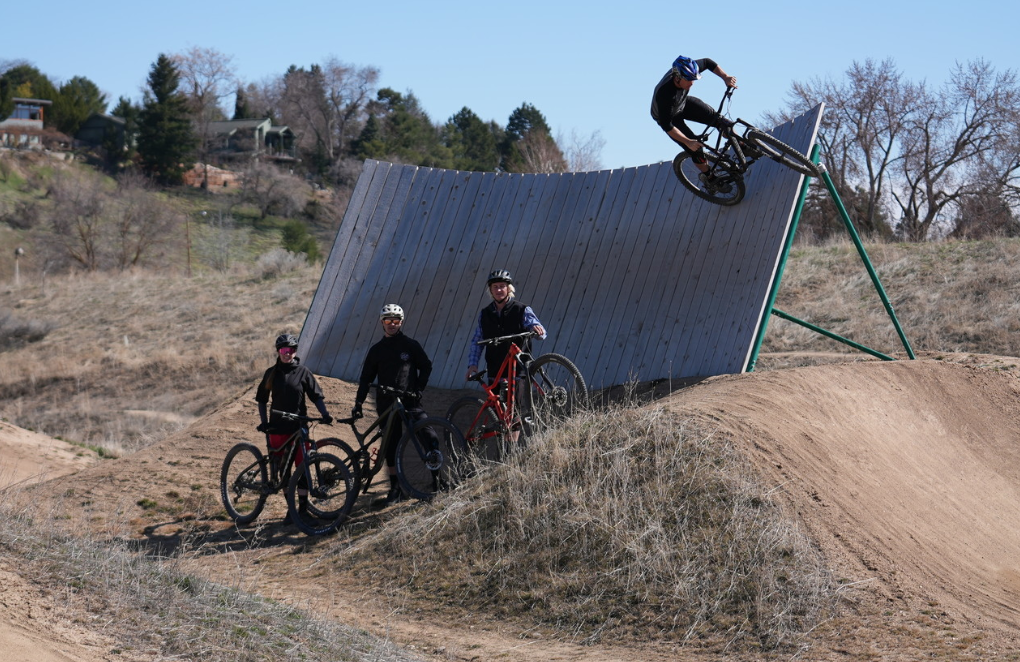 Then there's Erica Spizawka. She's spent a lot of her life racing motocross before getting into the pedal bike game. She raced some enduro and DH before settling on XC racing, but then fell in love with riding gravel. This was her first time riding an ebike. 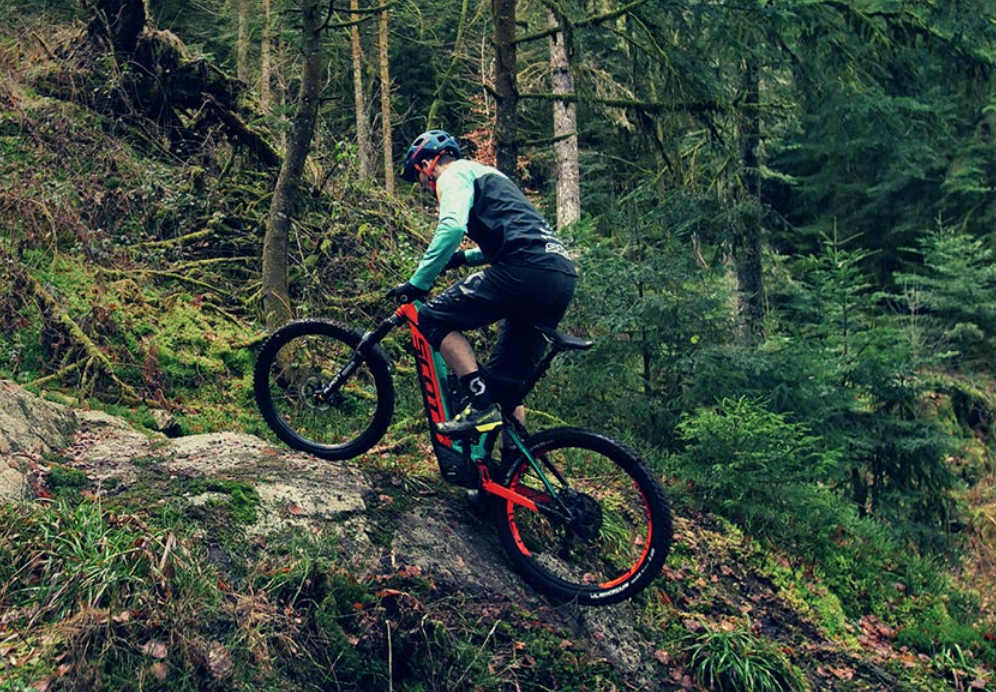 The official BCBR photographer, Dave Silver, is with us too, weighed down with a pack full of camera gear. He’s been BCBR’s director of photography since the original event’s inception, and very few photos exist of him, simply because he's always stuck behind the lens.

And finally, there’s me: an Edmonton kid who grew up pedaling the most efficient, twitchy, short-travel mountain bike money could buy. For my first off-road ebike experience, I was throwing my leg over a 160mm travel Rocky Mountain Altitude Powerplay. Big travel = big smiles, right? I never considered myself a purist when it came to cycling. I was one of the first people out of my riding circles to install a dropper post on a short-travel XC MTB. I loved the idea of disc brakes on cyclocross and road bikes from the day they first became available. I always wanted wider tires on my bikes, whether it was road, gravel or my XC MTB. The curmudgeonly old-school riders who turned their noses up at new bike technology always made me laugh.

But when it came to ebikes, I wasn’t so sure. I didn’t hold any ill-will towards them, but I thought it wasn’t for me. I’ll stick to pedaling, thank you very much. It wasn’t quite a smug sense of superiority - it didn’t bother me to see other people out on ebikes enjoying them - but I certainly felt some pride in being somebody who would always use my own power to climb up a mountain for some two-wheeled fun.

Then Swagman joined BCBR MegaVolt as a sponsor, which is how I found myself loading up some ebikes onto the back of the BCBR truck and heading to Vancouver Island with Dre to meet the rest of the crew for a ride in the beautiful Cowichan Valley.

To cut to the chase - riding an eMTB might just be the most fun I’ve ever had on two wheels. You can ride berms while climbing UP a trail. You can make it over technical rock features that traditionally were only ridden in the other direction. You can get out for a short ride and actually cover some ground. Instead of a post-work lap of your favourite loop, you can do a few! I was only an hour in, and I already understood the allure behind the eMTB.

For those not familiar with ebikes, now might be a good time to mention that they aren’t a free ride. There’s no throttle. When you coast, the bike coasts. When you pedal, you can choose a level of assistance that the motor will put out. When you’re pedaling softly, there’s only so much the motor can do, even in ludicrous mode. 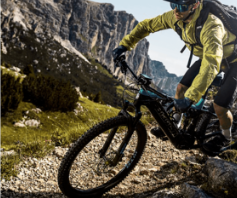 And therein lies the fun: the boost of power to help catapult you up and over the technical rock feature you’d never have climbed on your own, the speed to make it up the climbing trail in half the time, or even just sneaking in a 30 km ride after work when you normally only have time for 10.

I can’t imagine throwing a leg over an ebike and not having a smile plastered across your face within the first 5 minutes. If you can pull it off - if you can actually ride an ebike on a dirt trail with a scowl across your face - you should stop reading right now. Seriously. Don’t you have a puppy to go kick, you fun-hating monster!? Now that the puppy-kickers are gone, we want to end with a quick self-promotion.

Ebikes are heavy - the motor and battery add significant weight to the bike. That means many bike racks can’t safely handle the load of even a single ebike. That’s where Swagman’s ebike approved racks come in! If you see the ebike decal on a Swagman product, that means it is capable of holding at least 60 lb per bike (certain models feature even larger weight capacities), meaning you can transport your ebike to the trailhead safely and securely. Leave a comment
Recent articles
Tags
← Return to the back office    FOUND IT SOMEWHERE ELSE AT A LOWER PRICE? ...WE PRICE MATCH ! Hide